In 1947, a few believing Christians organized in the West Dallas Community a new congregation, conceived in love and dedicated to the belief that there is but one faith and one church, the Church of Christ. Now here we are in 2015, engaged in our 68th year as a church family-a congregation appreciating yesterday, celebrating today, dedicating and anticipating tomorrow. Having faithfully faced the challenges of yesterday, we forge forward with pride in the legacy, which gives strength for today and the courage for tomorrow.

With the faith needed to succeed and the knowledge that God would provide, about eight people began to fellowship in the home of Bro. Roberts, at the corner of Norman and Vilbig. Initially, the preaching and teaching were alternately done by Bro. Roberts and Bro. Hudson. The congregation then chose its first minister in 1948, Bro. German McGilbra. The house and lot purchased where they were meeting and later the first building, with an auditorium for a capacity of 175 people, was erected.

In the following years there was a slow but steady growth. Two lots were purchased in the 3600 block of Puget St. in April of 1964. The new facility contained an auditorium, which seated about 325 people and included 6 classrooms, a church office, fellowship area, and restrooms. In 1972, the congregation experienced the tragic loss of their first minister, Bro. German McGilbra.

After holding steadfast to the Word, and with constant prayers, the congregation's second minister was selected: Reginald B. Dulin. The growth accelerated to the extent that the congregation outgrew its facility. The congregation then purchased 2.7 acres of land on N. Hampton Rd. The construction of a new building, and present location, was completed in February 1978; dedication services were held on February 26, 1978. In the year 2000, Bro. Reginald B. Dulin resigned as our minister and the assistant minister Sammie L. Berry became and remains minister, a man of God committed to preaching the Word as scripturally commanded.

Holding even more steadfast to the Word, and with increased prayer for strength, the striving congregation continued to diligently work in the Master's vineyard. Following years of faith works, and prayers, in March of 2003, the congregation chose and ordained its first elders, Bro. Sammie L. Berry and Bro. Gary McMillian. In 2013, the church added another elder, Bro. Emery Tease and its first deacons Leonard Smith and David Bryant.

Through the years the congregation has grown from not only being community based, but has also reached outside of the community to help serve the spiritual needs to continually serve Christ as the scriptures teach, to give God all the praise and thanksgiving for every achievement and for each blessing, while keeping the faith always and forever. "...forgetting those things behind, and reaching forth unto those things which are before, press toward the mark for the prize of the high calling of God in Christ Jesus." (Philippians 3:13-14]

Recognizing  that the church must play a major role in the lives of its membership in order to best serve all, the Dallas West Church of Christ has multiple programs purposed to achieve many praiseworthy goals. 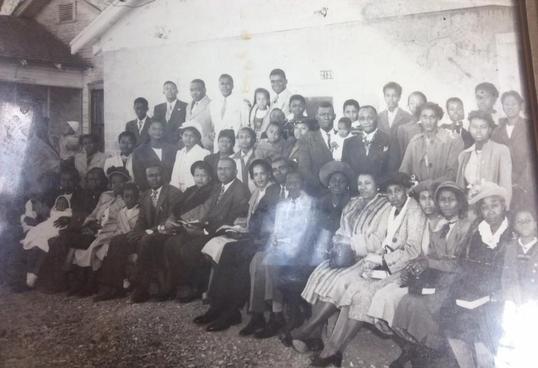